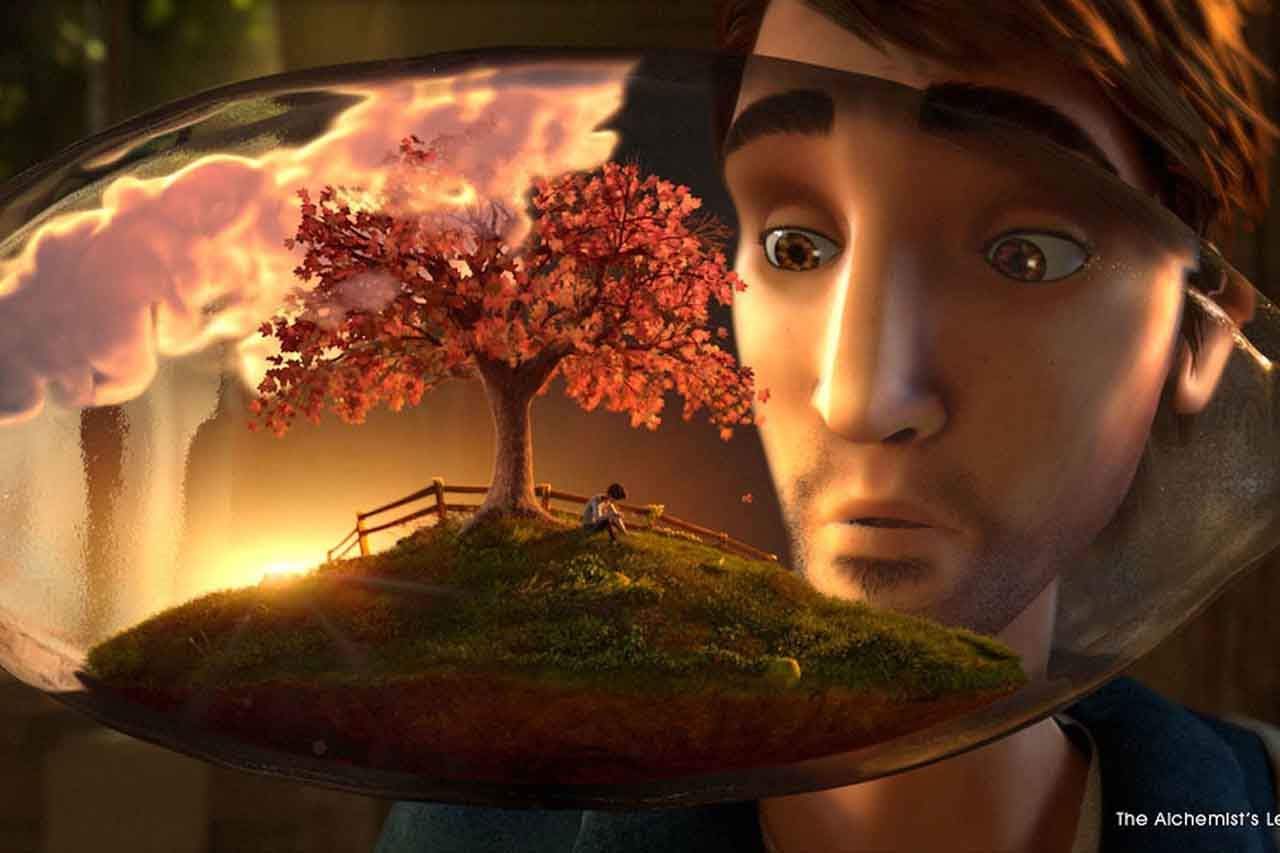 The story of a house which escapes from its suburban foundations and sets off on an epic journey.

Through the eyes of a young girl suffering from mental illness, CALDERA glimpses into a world of psychosis and explores a world of ambiguous reality and the nature of life and death.

The love story of a boy made of fire and a girl made of water, you can probably guess the rest of the story.

This short film was created by an Imgurian. In the story, there is a powerful machine, which was made by an alchemist, and this machine can turn any metal into pure gold but to power this device, user must sacrifice his/her own memories.

They describe the movie as “An exploration of transcendence”. In the movie, a guy without a heart finds himself a heart while he was wandering around. The heart represents probably “love” in the film, the heart was abandoned and the guy took it with him as soon as he saw it but he was bullied by a guy without heart.

Stray dogs always give me the chills, maybe that’s why I liked it so much. Mr. Hublot is a withdrawn character with OCD and scared of change and the outside world. But once he takes a stray dog to his home, his like turns upside down.

Paper is described as a delicate woman while the Rock is a huge but decent giant. When the Scissor come to kill Paper, Rock will try to protect her, no matter what.

Le gouffre means the gulf in French and that gulf scene will probably make you cry too. This is an inspiring tale about friendship, sacrifice and conquering the impossible.

In a world that judges people by their number, Zero faces constant prejudice and persecution. He walks a lonely path until a chance encounter changes his life forever: he meets a female zero. Together they prove that through determination, courage, and love, nothing can be truly something.

Even if it seems a little bit creepy at first glance, it has very deep meaning if you look closely. The story indicates the importance of our moments on Earth, the short time we have with loved ones and the enjoyment of one’s life work and purpose. In their fleeting existence, the characters in the film experience joy, love, hard work, purpose, loss and loneliness. As the tagline explains, life is what you make it and we are all makes in this world. Still, I have no clue why they put those teeth to that characters…

25 Of The Best Romance Movies That Don’t Suck

40 Horror Shorts That Will Help You Survive The Quarantine

Cockatoo Gets F*cking Mad After His Owner Destroys His Cage

Superheroes From Marvel Movies Side By Side With Their Comic Counterparts

Why Binge Watching Is A Serious Risk To Your Health