We all know the story, but let’s go over that again chronologically so we won’t miss a thing.

Everything started when Sam Pepper publishes a prank video where he pinches random girls butt in public: 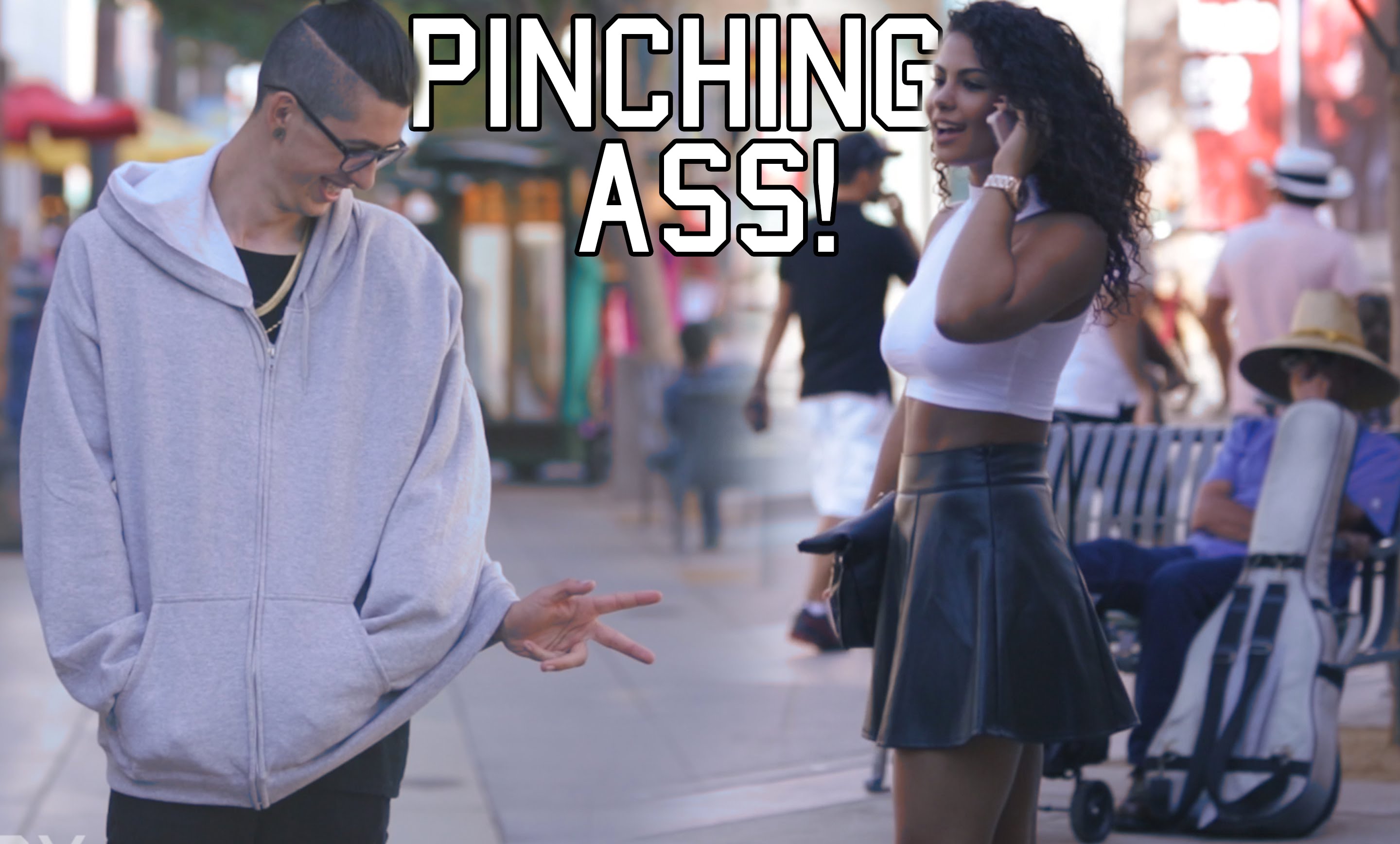 Nobody cared in the beginning but suddenly this happened:

I guess Sam ignored Laci ‘s first tweet then she decided to send him one of her annoying tweets again:

Hi @SamPepper! I wrote you an open letter yesterday that now has nearly 100,000 total cosigns. Will you check it out? http://t.co/P2scKYolPh

so youtube has suspended not only @sampepper‘s vid, but his ENTIRE CHANNEL. major love to @YouTube for taking sexual harassment seriously!

Sam Pepper didn’t ignored Laci this time, got mad, sent Laci an email, warned her and called her “Vagina”:

Sam Pepper got mad again and threatened Laci in a ‘Godfather’ way:

Another kind email from @SamPepper. You don’t scare me dude. I know what you’ve done, and soon YouTube will as well. pic.twitter.com/DXIIVzi40Q

Laci decided to make a YouTube video about Sam Pepper and this video took nearly 7 times more views and likes than her casual videos:

Laci loved that views and likes and decided to make another YouTube video about Sam Pepper but this time, unfortunately, her video didn’t get too much attention:

Nigahiga entered the fight and his army of 15 million subscribers made the trick, people started a campaign on change.org and that was the final charge before the fall of Sam Pepper:

Sam Pepper confessed that videos were fake, watch this before he deletes it:

i don’t give a fuck that sam pepper claims he didn’t do anything wrong. so does every perpetrator ever? what’s your point

Sam Pepper became a vlogger and shared his first vlog:

Why Sam Pepper Didn’t Quit Like He Said And Became A Vlogger?

Yeah, he totally said he was quitting but he returned? He didn’t abandon his fans? I think not because the real reason is more tragic. Making YouTube videos is the only path he could choose. He probably has no college degree so I am sure he won’t be the first employee that the companies look for. You don’t think he will work for Starbucks or McDonald’s as a barista after all that fame, do you?

Don’t blame him, he is not alone. YouTube suspended his channel first and then reactivated it but why? Because YouTube is so emotional when it comes to MONEY! YouTube realized letting 2.3 million subscribers go would be such a waste. Then YouTube gave his account back to him and he decided to get into use that 2.3 million subscribers on YouTube. So shameless YouTube, so shameless…

What Do You Think?
Tags: CELEB, OFFBEAT

27 Tiny Animals That Are Too Cute To Handle