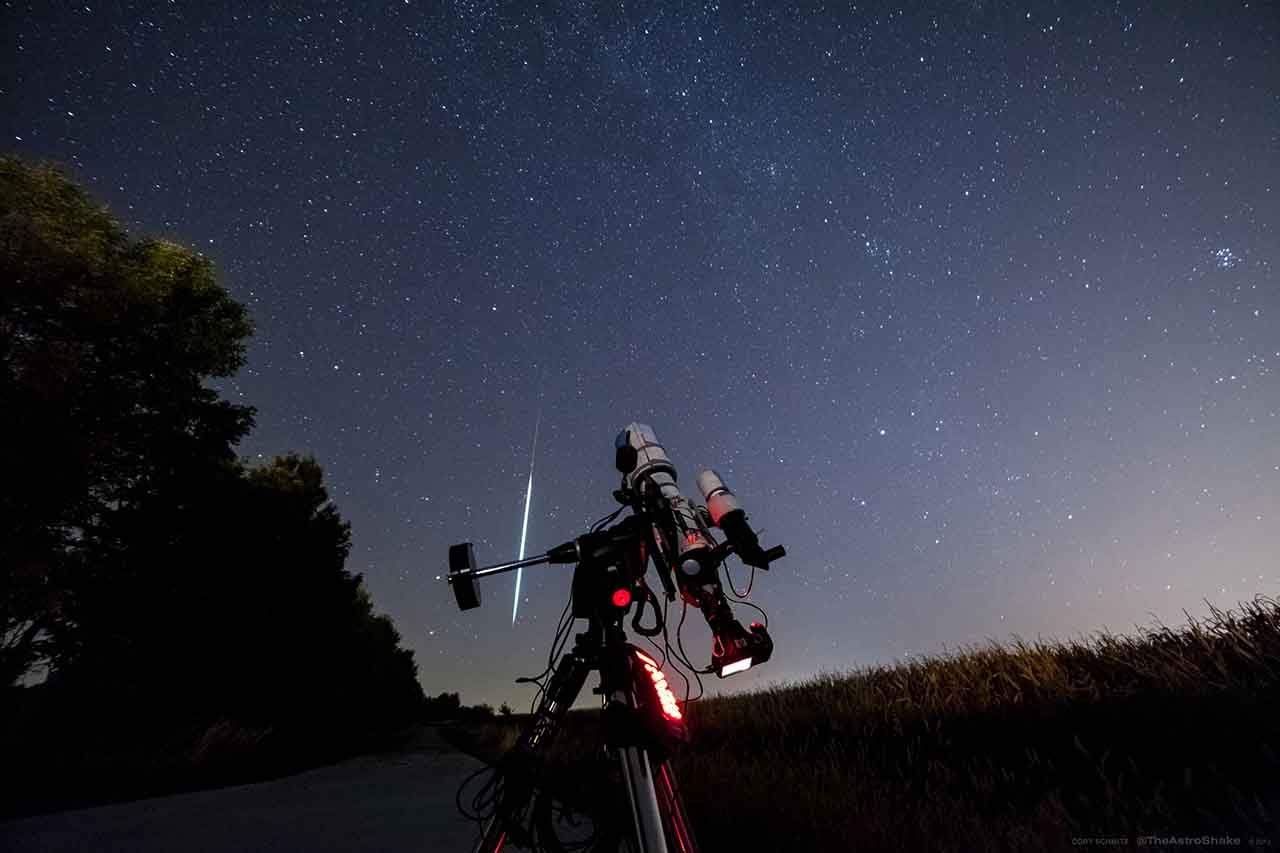 The Moon will be between the Earth and the Sun during the event. Sunlight will illuminate the opposite side of the moon but the side facing the Earth will be completely dark. Since there won’t be any moonlight, it is a great opportunity to observe the other stars and galaxies.

Draconids is a minor meteor shower that produces only 10 meteors per hour but the winter is ahead and the sky will be full of clouds soon enough so this might be your last chance of seeing a meteor shower. Draconids is produced by a trail of dust left behind by Comet 21P/Giacobini–Zinner, which was discovered in 1900. Draconids Meteor Shower runs annually from October 6 to October 10 and it peaks this year on October 7.

Draconids is an unusual meteor shower because the best viewing time for most of the meteor showers is around midnight towards morning but the best viewing time for Draconids is early evening just after dusk. Meteors will radiate from the Draco Constellation, which is in the far northern sky, but they can appear anywhere in the sky. Since there will be fewer meteors to observe, it will be best to move far away from the city and the light pollution.

Uranus will be at its closest position to the Earth and the face of the Saturn will be fully illuminated by the Sun. The blue-green planet will be brighter than usual and visible all night long even with an unaided eye. Even if opposition brings Saturn the closest position to the Earth, it is still one of the most distant planets to the Earth so it will only appear as a tiny blue-green dot unless you have a powerful telescope.

The Earth will be between the Moon and the Sun, half of the moon facing the earth will be fully illuminated. This moon is also known as the Travel Moon and the Blood Moon. This is also the first of three supermoons for 2016.

The Moon’s orbit is not perfectly circular so the distance between the Earth and the Moon changes continually. During supermoon phase, the Moon approaches to the Earth and it will look larger and brighter than usual. Even if the closest approach will be on November 14, there is only 3 supermoon a year so it is worth watching.

Orionids is an average meteor shower that produces about 20 meteors per hour at its peak. If you can catch a clear night, you have a better chance at seeing Orionids meteors than Draconids. Orionids meteors are produced by a trail of dust left behind by famous Halley’s Comet, which has been known and observed since the ancient times and last visited Earth in 1986. Orionids Meteor Shower runs annually from October 2 to November 7 but it peaks on the night of October 21.

The Orionids meteors are extremely fast, entering the Earth’s atmosphere at about 41 miles (66 kilometers) per second and they vaporize somewhere around 60 miles (100 kilometers) above the surface of the Earth. Since meteors will streak out from all directions, they can appear anywhere in the sky.

The Moon will be between the Earth and The Sun during the event. Sunlight will illuminate the opposite side of the moon but the side facing the Earth will be completely dark. Since there won’t be any moonlight, this is a great opportunity to observe the other stars and galaxies.

P.S: If you are able to catch spectacular photos from Draconids and Orionids meteor shower that you’d like to share with Greenide.com we would be more than happy to share them with our followers by giving you a credit. Be sure to include your name and location before sending your photos to greenide@outlook.com.

These Blind Rescued Cats Will Melt Your Heart

35 Hilarious Comics By Gudim That Make Absolutely No Sense