Earth and Mars are preparing for a close encounter. This is one of the rare celestial events and called “Opposition of Mars”. Mars and the Sun are on opposite sides of the sky. Mars rises in east at sunset, and soars almost overhead at midnight; while the Sun, well, you know how it goes.

1. Why Opposition Is Important?

Opposition occurs every 26 months so if you miss this celestial event, you’ll have to wait more than 2 years to see it nice and clear. During the opposition, Earth passes between Mars and the Sun so Earth blocks the direct sunlight from reaching Mars. However, lack of direct sunlight makes Mars brighter and even more visible at nights instead of making it invisible. 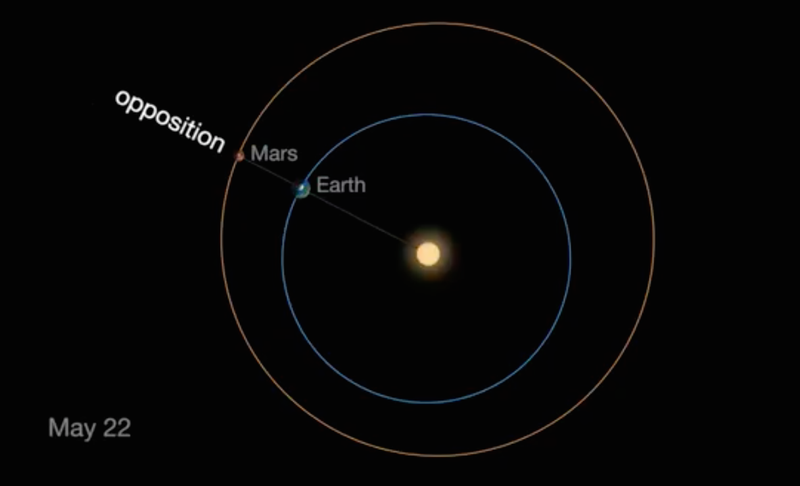 You might have heard some websites writing about May 22 while others claim it is on May 30. Actually both dates are true but they are different events of opposition.

There are two important dates during that event:

During the opposition, which is on May 22, Mars will be brighter than any other date however on May 30th, Mars will be at its closest position to the Earth so it will seem bigger than any other date. If you have a basic telescope, it will be better to watch it on May 30 to see the details but if you are going to watch it with friends and couple of goodies, watching it on May 22 would be a better choice.

Another thing you should know is that Mars will be brighter on May 22, 2016 than previous opposition which was occurred on April 8, 2014. Since their orbits are not circular and not centered, opposition occurs every time different positions of the orbit. The distance between Mars and Earth was 92 million km on April 8, 2014, but this year it is 75.3 million km.

4. Where To Watch This Amazing Event?

Light pollution normally effects badly these celestial events therefore, people in metropolitan cities commonly miss these events but not this time. You won’t have any trouble finding Mars on this night. Although these dates are special, any clear night in May is a great time to watch. Mars will be easy to see with unaided eye, even from a brightly-lit city like Istanbul. – Suck it technology!

5. Things You Can See With A Telescope

If you have a telescope, you can see some formations on Mars’ surface. You probably will not be able to see all the details, but clouds and craters should be recognized even if they seem a little bit blurry. 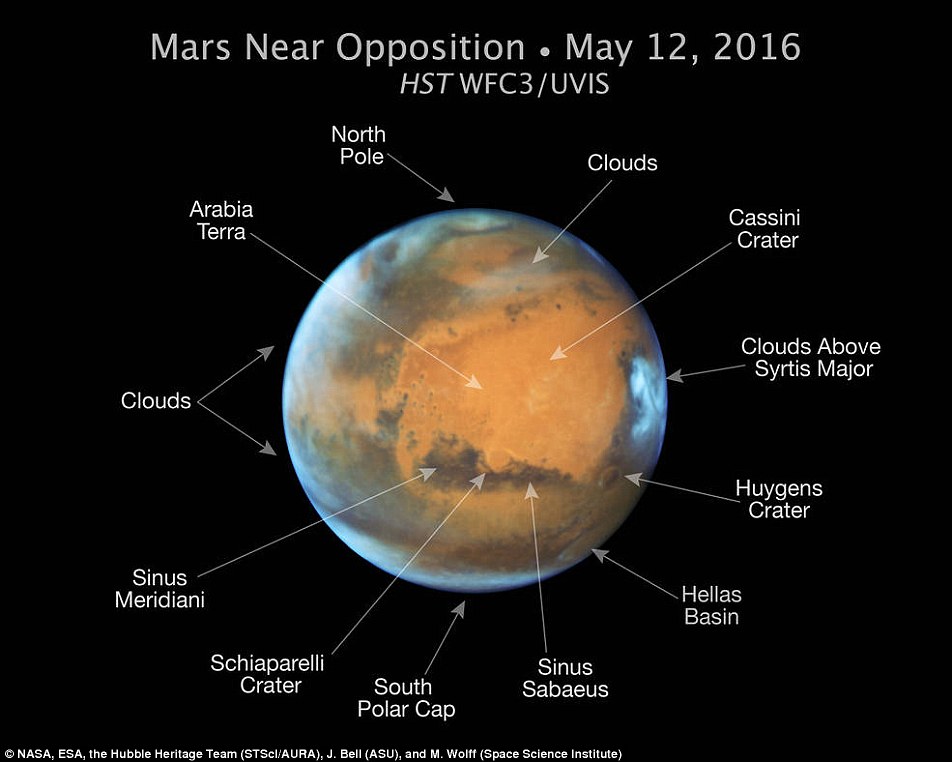 24 Photos That Summarize This Time Of The Year

25 Times Cosplayers Proved How Creative They Can Be

The 15 Most Beautiful Dragonfly Species In The World