Facebook’s Advertisement Unit VP Mark Rabkin points out the significance of ads in mobile platforms on Facebook’s blog. Rabkin states that people stopped watching ads like they used to do unlike the old times, by claiming that all the attention is now on mobile services and TV ads are not effective anymore.

That consumers use traditional and digital platforms simultaneously, integrated media campaigns become more and more important each day. Obviously, when this is the case, there are several key performance indicators (KPIs) for companies to measure their media investments.

Attention Is On The Mobile

Particularly, media research companies, publish reports regarding advertisements aired in multiple channels. In the reports, it is possible to access information about the potential benefits for companies regarding different target audiences from several TV channels and how consumers use each social media platform. 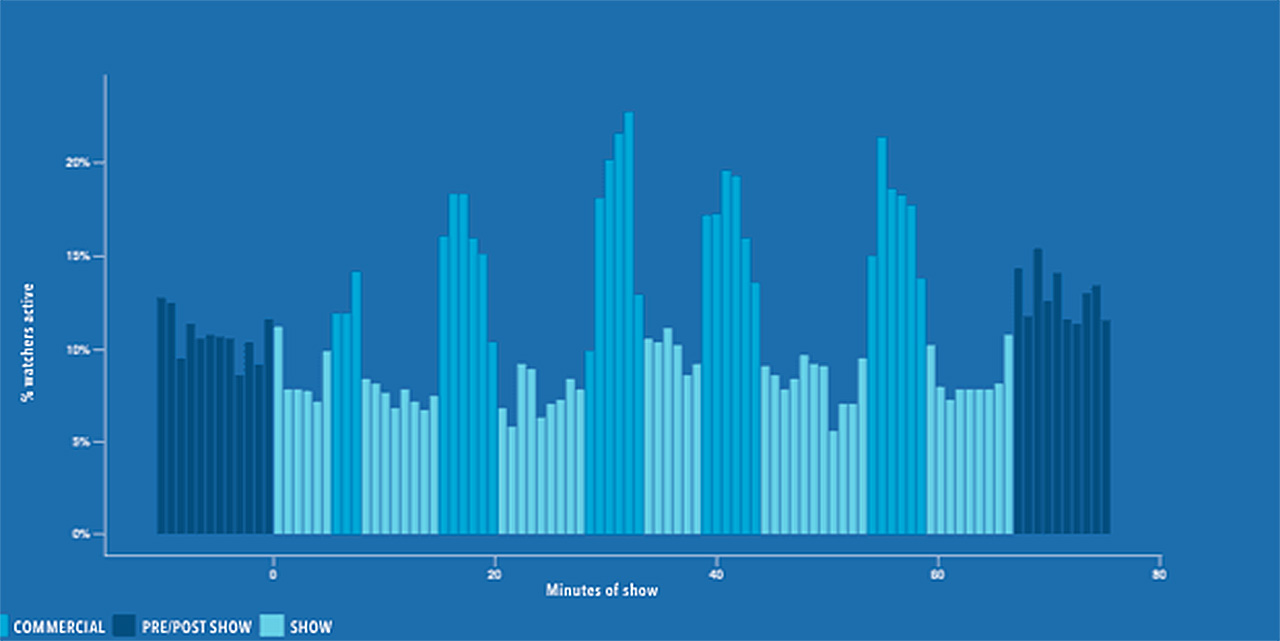 A report on a survey result about the habits and usage of platforms has been published by Facebook this time. In the survey, it is experimented that there are 597 Facebook users who watch a popular TV show. Which brings the conclusion that social networks are used even more often when this particular TV show is on commercial breaks.

As we can see in the graph above, people have an increased usage of Facebook during TV ads. However, you might think that a research conducted on 597 users cannot represent the whole. At that point, we see that companies wanting to increase market share make a “double” offer where they demand both TV ads and Facebook ads simultaneously from media advertisement companies; making clear that they acknowledge and are aware of this transformation.